Now that I am 30, I figured I would update my fitness bucket list! A few months ago I realized I had completed a bunch of items on my vision board and with a new generation of my life beginning this week I started to think about some fitness things I want to accomplish.

I created a Pinterest board entitled, Fitness Bucket List (thank you Captain Obvious) to remind myself of these things and so I can add and evolve the list as time goes on. This is basically my vision board but digitalized.

I have been kicking this idea around for a while now. I don’t know if I would actually use it to train people but I would love to teach a fitness class at some point in my life and would want to be a CPT first. Most studios and gyms require this to teach, but not all. There are so many different companies to become certified through and I have in no way done enough research to know which would be best for me. I just know its something that it on the fitness bucket list.

I have already done 10 or so triathlons but they have all been the sprint distance. I would love to step up my game and do a longer distance tri. I know my training would need to be amped up and I would probably want to hire a coach (real life or online). This would be a big time commitment and financial commitment for me but I think the accomplished feeling after finishing would all be worth it.

I’ve grown to love FitFluential over the past year and being an ambassador for a brand I truly believe in is something I would love. They layout exactly what it takes to become an ambassador on their site and its something I will work towards until I get there. 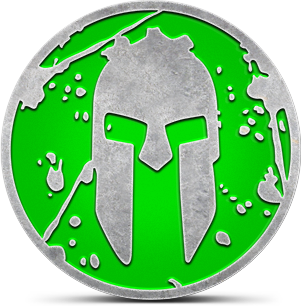 For example, a Spartan Beast. This race consists of 13+ miles and 25+ obstacles. A few years ago I did a Spartan Race at Fenway Park and had a blast but it was a short one, only 3ish miles.  After training for my first half marathon, I grew to love longer distance runs and adding obstacles to the mix just sounds fun. Call me crazy, but it does.

How cool would that be? To travel and run a race! The Sparkasse 3-Laender Marathon is not only in anther country but winds its way through three countries: Germany, Austria and Switzerland! Now, I don’t necessarily want to run a marathon but I thought this was a particularly cool example.

That is all I have for now, but I will be updating my Pinterest board as new fitness bucket list items get added. Until then, check out my Workout Class Bucket List below: