Iceland is known as the land of the midnight sun. While I was there, they daylight and night hours where about even. When I work up around 7:00 am it was still dark but the sun came up by 8:00 am. I would love to go back in the summer when it stays light throughout the night!

After my “breakfast” I met up with the we headed out for the day (the whole day) on the Golden Circle tour. We loaded up on the bus and started heading out of the city. It was a drizzly cold day but despite that, the views (even from the bus) were A-MA-ZING!

The landscape of the country is so diverse! And, fun fact, there are no really tall trees native to Iceland. I am not sure if that’s why it is so windy or if the windy hiders tree growth but it means you can see for miles and miles. Our first stop was just a rest stop (bathroom break) but it had a really cool relief map showing our whole trip for the day. 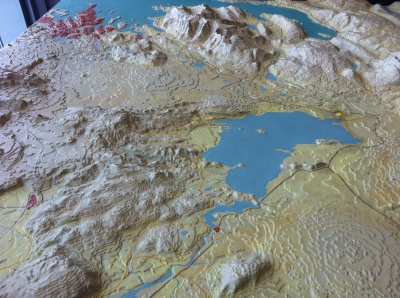 After a quick stop at this rest stop we were off to continue our adventure in Iceland! Here are a few shots of one of the spots in Iceland were the American and Eurasian tectonic plates meet. Fun Fact – these plates are actually pulling apart from each other so everyday Iceland gets a tiny bit bigger! 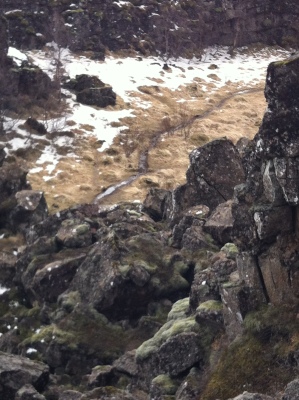 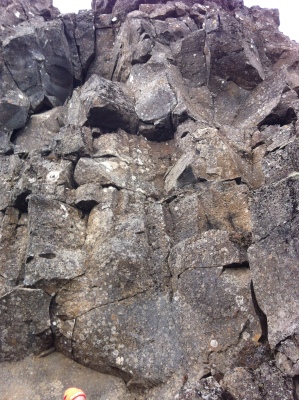 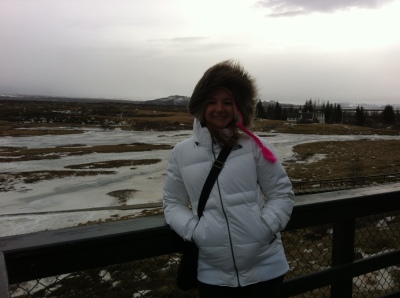 After walking around here we bored the bus and were off to our next amazing place…the geysers!! These were awesome! Like clockwork, every five minutes the earth spewed steaming hot water out of what looked like a puddle.

AMAZE!! As if this wasn’t awesome, our next stop may have topped it. The next sight we saw was absolutely epic. 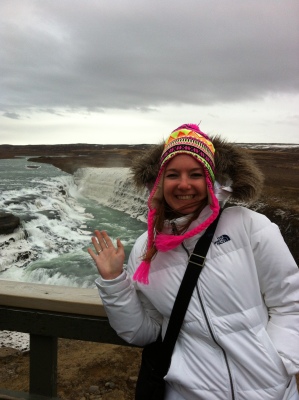 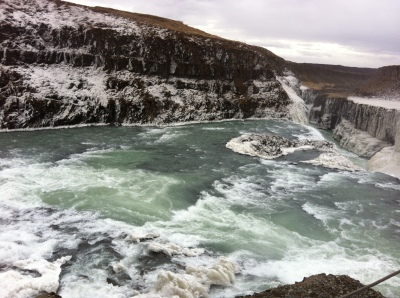 It was cold and windy at Gullfoss but I could have stayed there all day just soaking it all in. It was absolutely spectacular! Leaving Gullfoss on our way to dinner, we stopped to say hello to some equine friends.

I am pretty sure that first guy is the Rod Stewart of horses. They were so friendly and beautiful. I should have rode horsey Rod off into the sunset. After our pit stop we made our way to a geothermal bath! 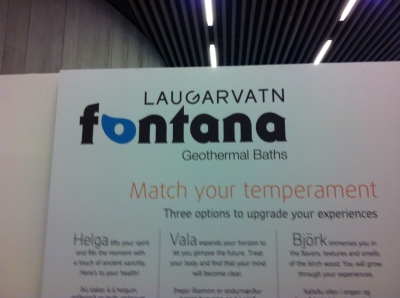 After a lovely soak and a fun conversation with a Finnish bachelor party (and a round of drinks on them of course) we had a nice group dinner at Lindin Restaurant. 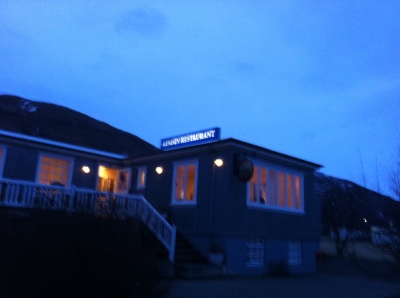 Sorry for the crappy ass picture but I was hungry and walking a little to fast to get dinner! Day 2 in Iceland was just as epic as Day 1!

Looking forward to sharing Day 3 but until then HAPPY FRIDAY!!!

One year ago from today I did the most insane things I have ever done. I boarded a plane to Iceland BY MY SELF!

Rewind a couple of months…

I was clicking through some emails when I noticed a LivingSocial deal for a trip to Iceland (flights included!) for cheap. I knew SL and my BFF Zanna wouldn’t be able to go due to the date restrictions and I couldn’t think of anyone else who would book the trip on a whim with me so I did it. And just like that, I was going to Iceland by myself.

I boarded my flight to Iceland after work and prayed for the best. I realized there was probably a 50/50 chance that I would end up lost in a foreign land, ALONE, once the flight landed. To my surprise, I landed, immediately found the appointed tour guide and hopped on a bus to Reykjavik. It was snowy  but not too cold. We arrived at the hotel and were allowed to check in early.

We had a scheduled walking tour around Reykjavik shortly after checking in so I quickly got myself together (after the overnight flight) and headed back to the lobby to meet up with the group.

One thing I noticed is that the city has a ton of statues. There were very interesting statues everywhere I turned!

After the walking tour, I set out to explore more on my own. My first stop was a local book store where I hopped on their Wi-Fi and emailed the fam to let them know I was home safe. I meant to do it at the hotel but I was too excited. Next, I headed to Hallgrímskirkja, the largest church in Iceland. 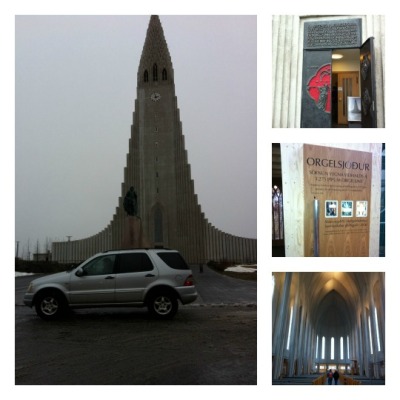 It was gorgeous on the inside and had the massive organ type instrument I have every seen. They were taken donations to help fund the upkeep costs of the instrument so I dropped some of my Icelandic coins in the pot. I still have no idea how much I threw in there. I paid a few bucks to take a rickety elevator to the top of the church. It was well worth it! You can see the whole city of Reykjavik and more from the top.

Reykjavik is the cutest little city ever! It is also really clean. I never once saw a piece of trash on the street. A few friends I met on the group joked one day about how little cleaning elves must come out at night and clean!

I wanted to stay up there all day but it was all open and therefore FREEZING and super windy! All of Iceland was actually super windy. Being as cold as I was, there was only one logical place to go for lunch…Noodle Station for some pho!

I got beef pho with extra sprouts and it warmed me right up! Just looking at the yummy bowl makes me want to go back ASAP! Even if just for the pho!

After my solo excursion, it was back to the hotel to meet up with the group for happy hour. This was a great way to get to know everyone over a few drinks. From there, a group of us made plans to go to dinner together. With help from our guide, we headed down the street to a seafood restaurant.

It was here that I did something I will probably never do again. I tried whale and it tasted like fishy steak.

Not awesome but my fish and soup were amazing! 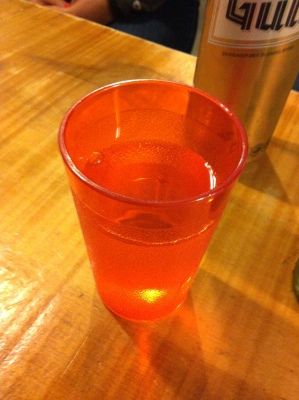 After dinner and a few drinks I went back to the hotel for a good night rest. 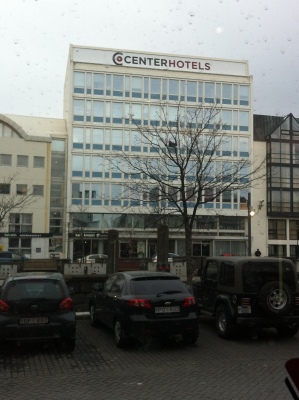 The next day was fully booked with more Iceland fun! Look out for Iceland: Day 2 tomorrow!